Jared A. Brock is an award-winning author and director of several films including PBS's Redeeming Uncle Tom with Danny Glover. He is the host of the Surviving Tomorrow podcast, and his writing has appeared in The Guardian, Esquire, Smithsonian, USA Today, Huffington Post, Relevant, Christianity Today, and TIME Magazine. He has traveled to more than forty countries including North Korea, Transnistria, and the Vatican and does not own a cell phone. 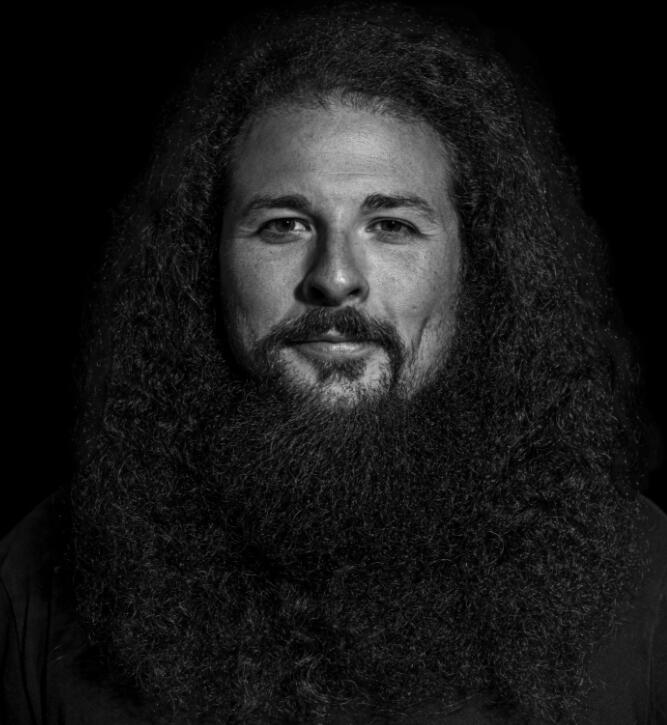 Jared's acclaimed documentaries have been screened in more than 500 cities and broadcasted on TV in fourteen countries.

Over 18: A documentary about teenage pornography addiction.

Jared has several feature film and TV projects in development.
If you'd like to invest, please fill out the contact form below.

Jared's award-winning books have been read by tens of thousands of readers and have received more than 700 five-star reviews.

The Road to Dawn: A ground-breaking biography on the fugitive slave who inspired Uncle Tom’s Cabin and helped spark the Civil War. Endorsed by several heads of state.

Bearded Gospel Men: A humorous 31-day devotional for dudes. Yes, there are memes.

In Praise of Baldness: A monograph on the philosophy, history, and future of hair loss.

A Year of Living Prayerfully: A comedic 37,000-mile round-the-world travelogue that introduces readers to a world of strange and profound prayer traditions.

Jared is working on several non-fiction books and his first novel.
If you'd like to become a book patron, please fill out the contact form below.

Future Faith: Surviving Tomorrow + Christ-centered commentary and bonus articles exploring "How then shall we live?" Subscribe for free.

Level Up is a fast, free, 10,000-word guide that will (actually) save you hundreds of hours and thousands of dollars.

Jared and his wife Michelle are saving up to purchase land in order to fulfill their dream of creating a haven-community of affordable eco-housing for hundreds of people.

Spend: Buy books. Rent films. Get content creation coaching. Become a Medium member. Get paid to tell others about Jared's films. Get $10 in free Bitcoin. Hire Jared to speak. Sponsor a podcast. Invest in a film.

Give: Gift any cryptocurrency. Give via credit/debit. Buy Jared a coffee. Gift a book. Send a bottle of scotch. Become a project patron. Make an introduction. Spread the word.

To schedule an interview, book Jared to speak, host a film screening, place a bulk book order, invest in a project, become a patron, or discuss a partnership, please fill in the contact form.

In order to receive any further correspondence from Jared, please dive into your spam box, whitelist our address, and confirm your subscription.

Your email's on the way. Thanks for writing.